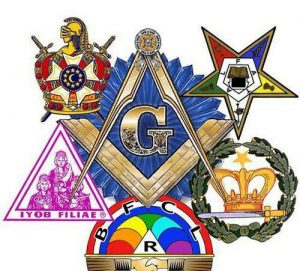 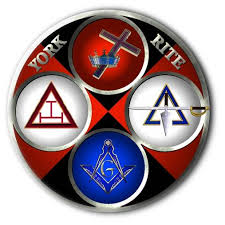 The term York Rite is a term most often used in the United States of America to refer to a collection of Masonic degrees that, in most other countries, are conferred separately. As such, it constitutes one of the two main branches of Masonic Appendant Bodies in United States Freemasonry, which a Master Mason may join to further his knowledge of Freemasonry. Its name is derived from the city of York, where, according to a Masonic legend, the first meetings of Masons in England took place, although only the lectures of the York Rite College make reference to that legend.

The divisions within the York Rite and the requirements for membership differ from jurisdiction to jurisdiction, but the essentials are the same. In all the workings, the one requirement is that all applicants be in possession of the degree of Master Mason (the third degree of Freemasonry). 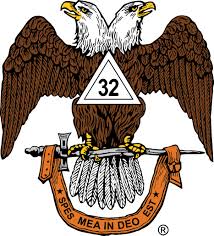 The thirty-three degrees of the Scottish Rite are conferred by several controlling bodies. The first of these is the Craft Lodge which confers the Entered Apprentice, Fellowcraft, and Master Mason degrees. Craft lodges operate under the authority of Grand Lodges, not the Scottish Rite.

order of the eastern star 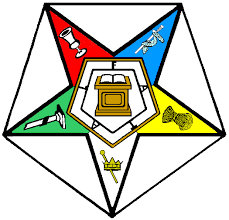 The Order of the Eastern Star is the largest fraternal organization in the world that both men and women can join. It was established in 1850 by Rob Morris, a lawyer and educator from Boston, Massachusetts, who had been an official with the Freemasons. It is based on teachings from the Bible, but is open to people of all monotheistic faiths. It has approximately 10,000 chapters in twenty countries and approximately one million members under its General Grand Chapter. Members of the Order are aged 18 and older; men must be Master Masons and women must have specific relationships with Masons. Originally, a woman would have to be the daughter, widow, wife, sister, or mother of a master Mason, but the Order now allows other relatives as well as allowing Rainbow Girls, Triangle Girls, and Job’s Daughters to become members when they become of age. 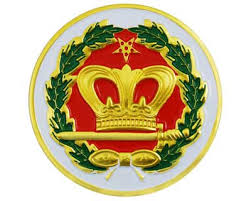 Order of the Amaranth is a Masonic-affiliated women’s organization founded in 1873. As in the Order of the Eastern Star, members of the Order must be age 18 and older; men must be Master Masons; and women must be related to Masons as wives, mothers, daughters, widows, sisters, nieces, aunts, et cetera, or have been active members of the International Order of the Rainbow for Girls or Job’s Daughters International for more than three years and be recommended by a Master Mason.

Amaranth was based on Queen Christina of Sweden’s court. Christina had created the “Order of the Amarantha” for the ladies and knights of her court. In 1860, James B. Taylor of Newark, New Jersey drew upon this order to create a new fraternal society.

In the Order’s teachings, the members are emphatically reminded of their duties to God, to their country and to their fellow beings. They are urged to portray, by precept and example, their belief in the “Golden Rule” and by conforming to the virtues inherent in TRUTH, FAITH, WISDOM and CHARITY they can prove to others the goodness promulgated by the Order.

Amaranth is organized into Courts, under Grand Courts at the State level. The primary body is called the Supreme Council. Women members of the Order are addressed as “Honored Lady”, while men are referred to as “Sir Knight”. 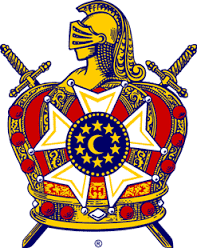 DeMolay is open for membership to young men between the ages of 12 to 21, and currently has about 36,000 members in the United States and Canada and several thousand more world wide. It uses a model of mentoring; adult men and women called advisors, often past DeMolay members or fathers and mothers of DeMolays, mentor the active Demolay members. An advisor is referred to as ‘Dad Smith’ instead of ‘Mr. Smith’, in respect of Frank Land and his fatherly role to the founding members. The mentoring focuses on the development of civic awareness, leadership skills and personal responsibility.

Founded by a Freemason, DeMolay is closely modeled after Freemasonry. It is not directly connected to Freemasonry, though it normally meets in a Masonic Lodge room. DeMolay is considered to be part of the Masonic Family, along with other youth groups like Job’s Daughters and the Rainbow Girls. Like the Rainbow Girls, a young man does not need to have a family tie or sponsor in a Masonic organization to join DeMolay. 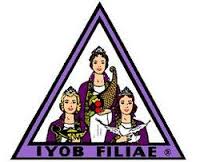 The individual chapter is called a Bethel, and each is numbered sequentially according to when they were instituted in their jurisdiction. They usually meet at a Masonic Lodge building and when they are in session they refer to the meeting place as the Bethel room.

The International Order of the Rainbow for Girls (IORG) is a Masonic youth service organization which teaches leadership training through community service. Girls (ages 11-20/21) learn about the value of charity and service through their work and involvement with their annual local and Grand (state or country) service projects. 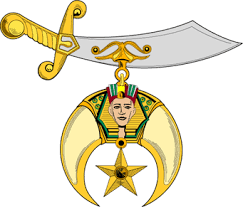 Shriners International is a fraternity based on fun, fellowship and the Masonic principles of brotherly love, relief and truth. There are approximately 375,000 members from 191 temples (chapters) in the U.S., Canada, Mexico and the Republic of Panama

If you hold the title of Master Mason in Freemasonry, you qualify and are invited to join the Shriners.